National Keto Day is January 5th. I’m sure many people have heard of the Keto diet and may have even tried it. The keto diet is not just a fad diet it is a way to improve your overall health by reducing carbs, sugars, and eliminating processed foods. But will you lose weight? Absolutely! Will you feel a whole lot better? Absolutely!

The history of the Keto diet is quite interesting. Nationaltoday.com explains the history of National Keto Day:  The ketogenic diet as a modern health strategy started in the 1920s, as a treatment for epilepsy in both children and adults. Later, with the introduction of effective anticonvulsant prescription drugs for seizures, keto fell out of favour with the medical community. However, some providers still recommended the regimen of the 4:1 fat to protein intake ratio and reduction in grain-based foods, sugars, and high-carb fruits, instead of the medicines.

Finally, in 1994, Hollywood producer Jim Abrahams, whose son’s epilepsy was controlled by the keto diet, established the Charlie Foundation for Ketogenic Therapies. This led to broad media coverage including an interview on “Dateline” and a made-for-TV movie starring Meryl Streep directed by Abrahams himself. Soon after, his foundation published a cutting-edge scientific study of ketogenics, and a renewed national and international interest began to grow.

So how did doctors in the early 20th century know that carb reduction would be of benefit to epileptics? The real history goes back to ancient Greece, where it was written by physicians in the “Hippocratic Corpus” that epilepsy was not supernatural as commonly believed, but a biological ailment that could be treated by severe fasting.

In 20th-century treatments and studies, it was discovered by neurologists that a starch and sugar-free diet could replicate the results of the total fasting version, and that fine-tuning and experimentation of course led to today’s version of keto, spurred on to a great extent by the national preoccupation with weight loss.

Today, the brain-health benefits of the keto diet are known to apply to Alzheimer’s disease, Parkinson’s disease, insomnia, and more. The Vitamin Shoppe founded National Keto Day on January 5, 2019, to educate and bring awareness to the ketogenic diet and further highlight the many health benefits a keto lifestyle offers.

If you’re looking for a new health regimen for the New Year, the keto diet is a great place to start. Add in a regular massage routine and you’ll be on your way to a healthier you! Our local Legion in Okanagan Falls offers low carb beverages and will often offer low carb alternatives when they serve meals. There are many groups on Facebook that provide a vast array of delicious and decadent keto recipes. Two of my favourites are ‘Low Carb Recipes with Jennifer’ and ‘All Day I Dream About Food’. There is a wealth of information available on following a low carb diet. The easiest way to begin is to start looking at the nutritional information on everything and try to limit your carb intake to about 20 grams of carbs per day. 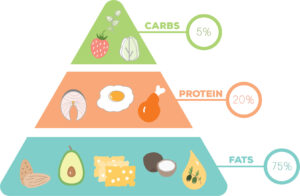